Group reflections from the Keeping it Human workshops 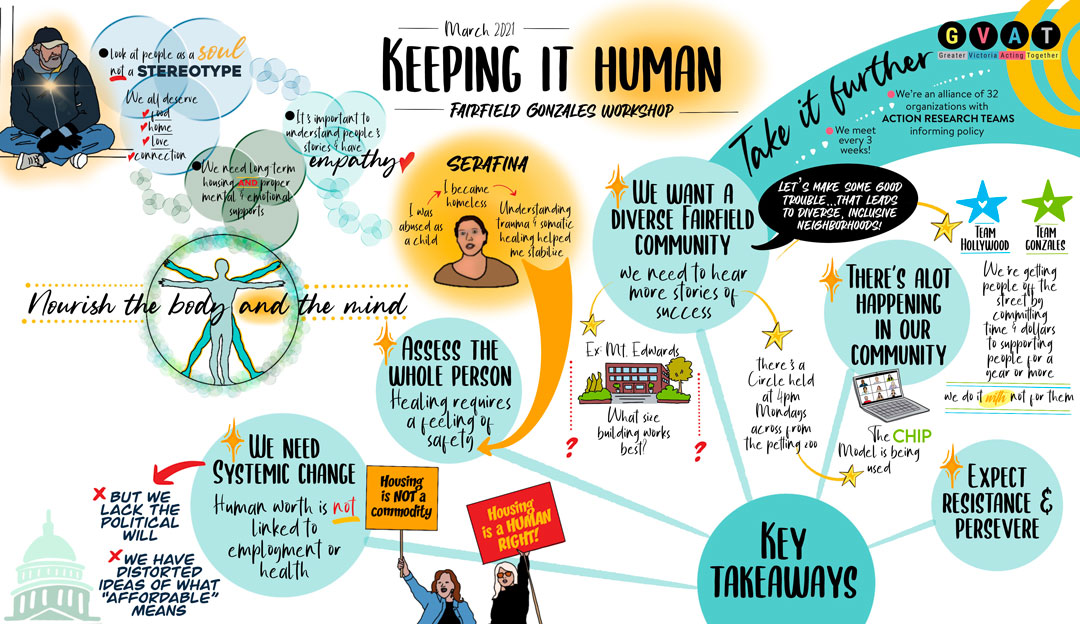 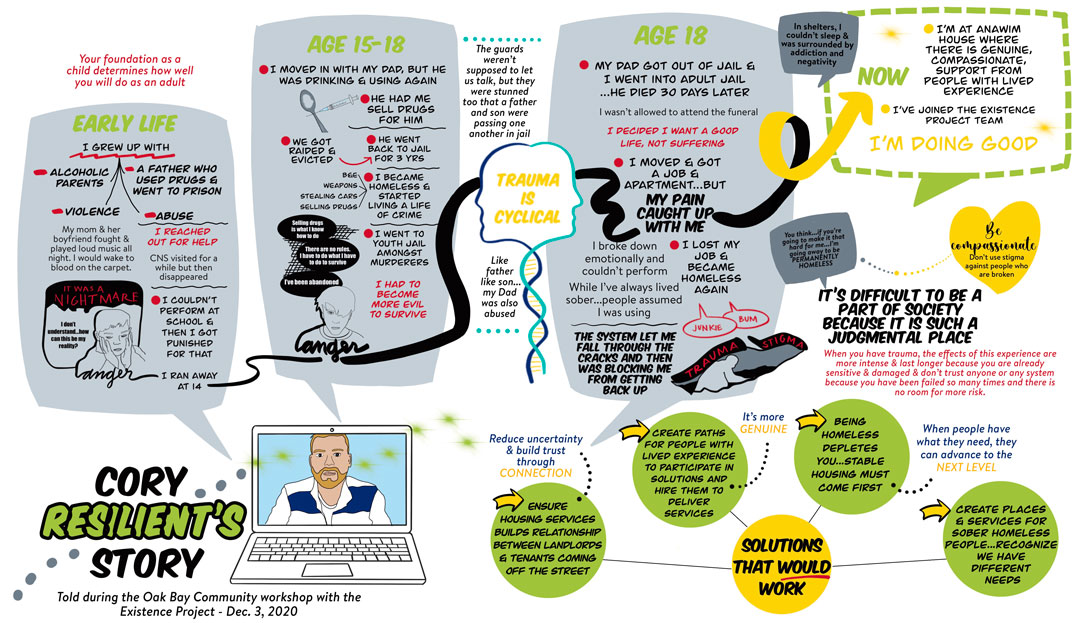 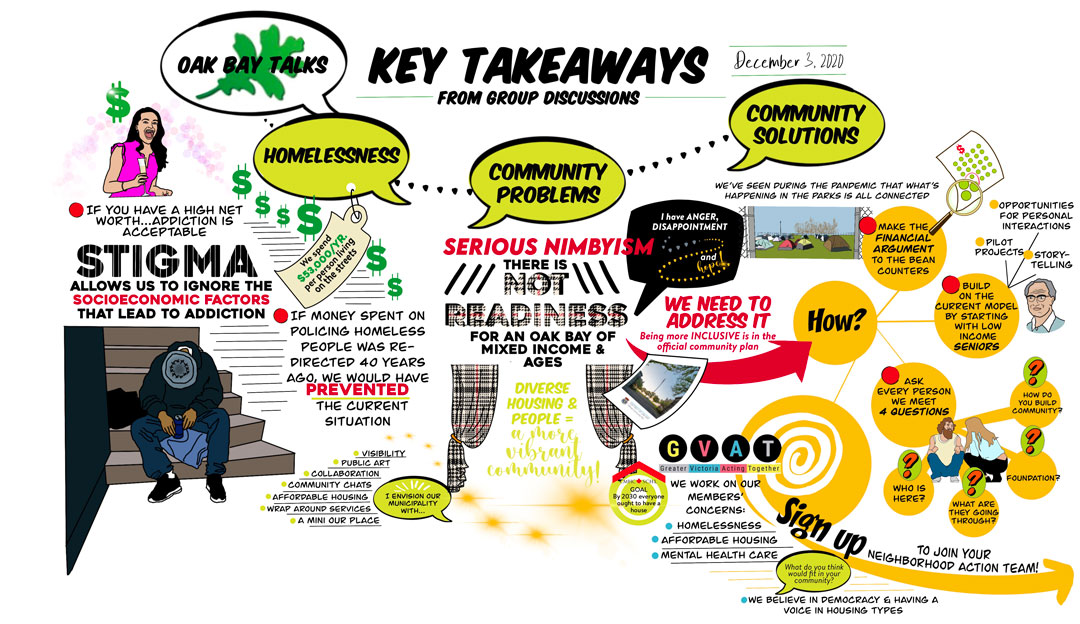 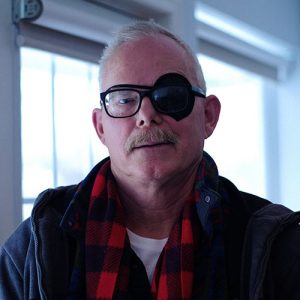 Dennis, a writer, poet and storyteller who has experienced intermittent homelessness throughout his lifetime sat down with us to discuss his process coming out and speaking publicly to his experience on the street. Transformation, empowerment and the ability to have a choice in life all underlie a complex, candid and hopeful discussion with a man who has overcome homelessness. 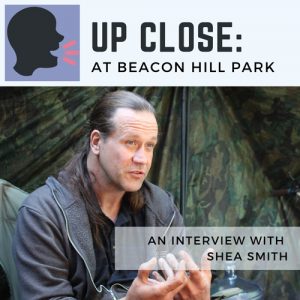 Beacon Hill Park – an interview with Shea Smith – Up Close 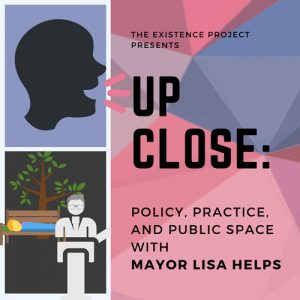 Mayor Lisa Helps has been serving the City of Victoria in her current role since November 15th, 2014. This Wednesday, she joins us to talk about policies and processes in municipal government, and examine the relationship between public spaces and personhood. 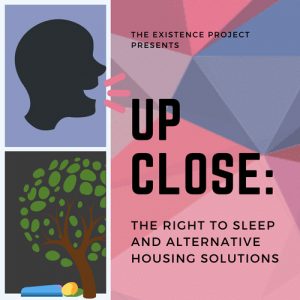 The Right to Sleep and Alternative Housing solutions – Up Close

David Arthur Johnston became a recognized figure across communities during the 2008 Right to Sleep campaign that saw his arrest and eventual trial lead to a landmark ruling allowing people to sleep in tents in public parks overnight. 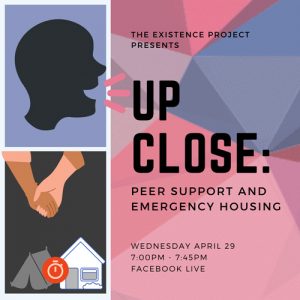 Kay Martin, a peer support worker downtown, shares her experience of the impact of COVID in homeless communities, temporary housing solutions, and possible next steps. 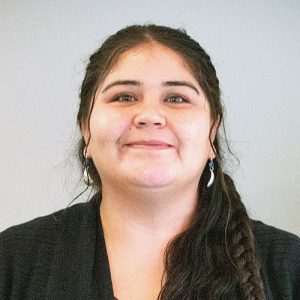 Melissa Barnhard – My Story is a Medicine

We speak with Melissa Barnhard, an indigenous peer support worker and survivor of the foster care system who has started sharing her story across the city with a peer-led initiative called Face to Face with Stigma.
Her experiences have her an acute awareness of the impacts intergenerational trauma has had on her community and seen her jump into an advocacy and support role. 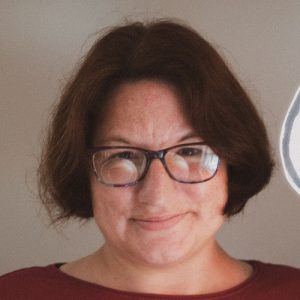 Kay Martin, Peer Support Worker with the Greater Victoria Coalition to End Homelessness and co-lead on the Face-to-Face with Stigma program breaking down stigma in institutions of power, sits down to talk to us about her story and what needs to change in our community to better support those battling addiction and homelessness. 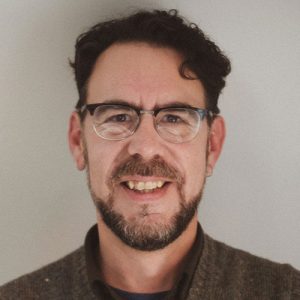 Michael Wostenburg – Someone to Understand

Today we speak with Mike Woestenburg about his experience traversing the medical system and social stigma with an unnamed disability for years. He talks about the journey this took him through, finally naming his condition, “Conversion Disorder”, and discovering the community built from others experiencing the isolation of CD. Take a listen! 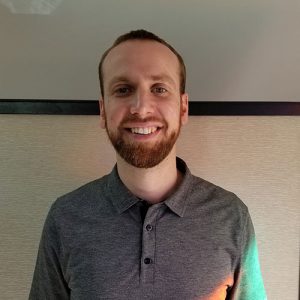 The day Ewan said yes, everything changed. His first experience with drugs and alcohol brought a sense of belonging and energy to his life that he would spend 10 years chasing. At 23 years old, he thought surviving to 25 would be an accomplishment. 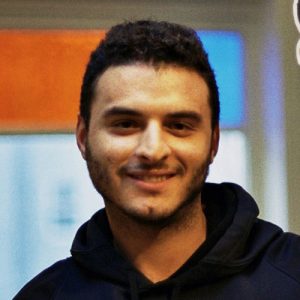 Toni saw snow fall in Ontario because bombs fell in Kuwait. Two weeks after he was born Iraq invaded his home country, causing his family to flee until they ultimately arrived in Canada. It would be years before he fully understood the effect that trauma had on his family, and how ultimately healing without the support of others caused damage too. Now a resident of Victoria, listen to his interview to hear him describe the importance of community, and how having an open mind changed his life. 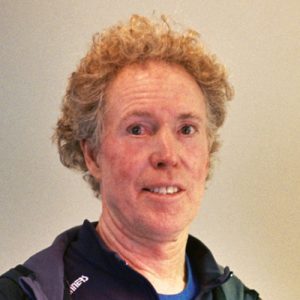 At the end of the day, it’s all about giving back. As a child, Rob lost a parent and the economic fallout forced his family to give him up. For someone so young, this was a lot to handle, and years later he would realize that he was dealing with trauma he had never recognized. 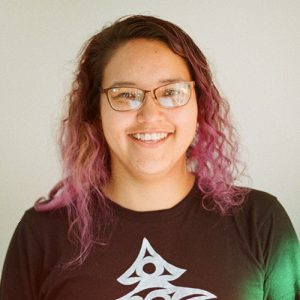 Languages can sleep. When Tiffany was born, only twelve people were known to speak her mother tongue – Sḵwx̱wú7mesh sníchim. She would grow up to be a keeper of that language, and a dedicated language and cultural revivalist of the W̱SÁNEĆ people. 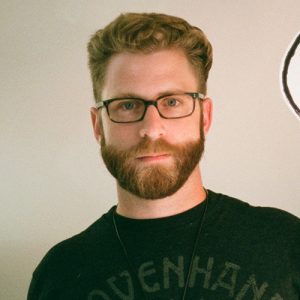 When Stacey was six years old, he experienced a deep sadness for the first time. As he navigated the world, depression punctuated his story, woven into chapters about bullying, sexual assault and feelings of isolation that didn’t match the veneer of normal that defined his life to others. 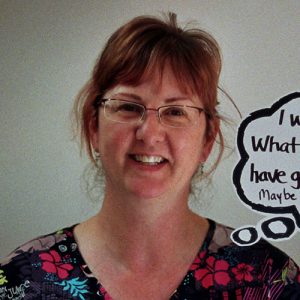 Dar Archibald – Its All Ok

It would have made a great sitcom plot. But for Dar, it was her real life and it required a sense of humour and resiliency. Gunfire in the courtyard, friends pulling punches and characters straight out of crime novels set the stage for an adrenaline-fuelled story that culminated, in some ways, with the tragic end of the life of the man she loved. That’s not the whole story though. 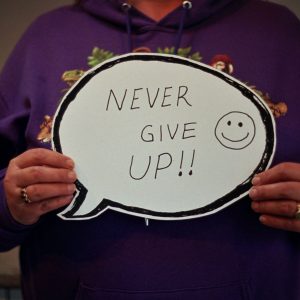 New versions of old habits took a toll on Michelle. As her world fell away, nothing truly changed until her perspective on who she was and the help she needed changed too. 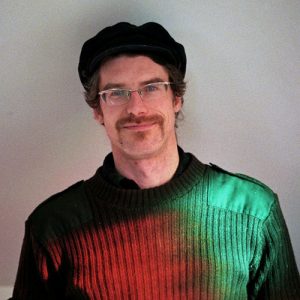 Matty Dogmoon – The Stories Between Us

The narrative we’re taught is not the whole story. As Matty went deeper into his education – lived and learned – he discovered within himself deeply rooted ideas about trust, masculinity and intimacy that didn’t align with the community he sought or the man he wanted to be. 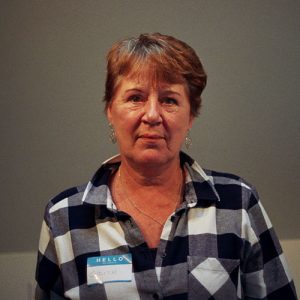 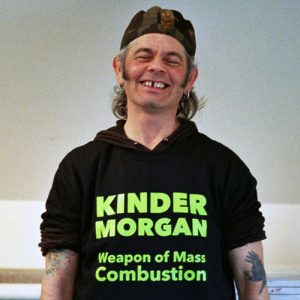 Kym Hines is an outspoken civil rights advocate for the homeless who has taken part in and organized many peer led political campaigns throughout his lifetime. His story speaks to the systemic failures, a “Sick society”, that oppress people from marginalized communities and leave them struggling to survive. 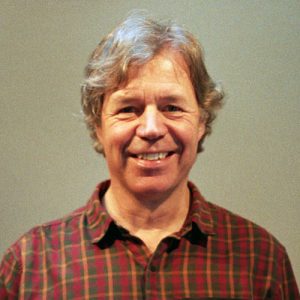 Ken Wylie – Under The Snow

In 2003, Ken was working as an apprentice ski guide when the group he was leading with his mentor was caught in an avalanche. Of the thirteen people buried in the snow, only six survived. After years of struggling to come to terms with this tragedy, Ken sat down and started to write about it. 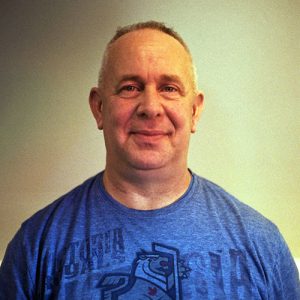 Terry thought he grew up in a stable home, and labeled unsettling behaviour as ‘normal’ to avoid conflict. This automatic response quickly spiraled his entire life into complete emptiness. When he was there, someone reached out a hand to help that saved his life. 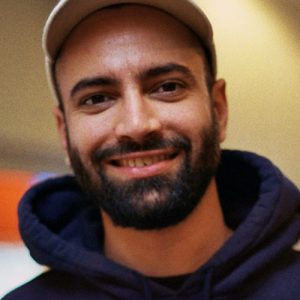 Ali Kahn tells the story of his decades-long struggle to open up a dialogue both with others and within himself about unacknowledged – and intergenerational – mental health issues. Growing up with limited access to social services and a mistrust of the system, Ali slipped through the cracks. 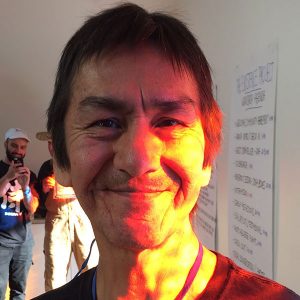 Leonard James’ story is a first person account of the ‘ripple effect’ of the residential school system. His narrative explores the residual effects of addiction, depression, guilt, poverty and homelessness that stem from a trauma ridden past. 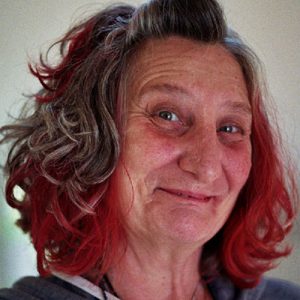 Hilary grew up in your typical-looking Jewish family, but it was far from typical. Unable to go on any further, she finally turned to the streets to fill her voids. In this podcast, Hilary shares what life was really like as a woman out on the streets.